Situated on a narrow semi-urban lot, the plan for this 54 room business hotel had to be slightly modified from the typical hotel model of the central double-loaded corridor with toilets along it and the rooms along the peripheries. The central corridor remained but the rooms and the toilets now shared the external surface.

Large balconies ran along the east and west facades and these were encased in sliding teak screens. These enclosed extensions of the rooms work well in Bangalore’s moderate climate. The interiors were done in a palette of local granite, Indian marble and timber. 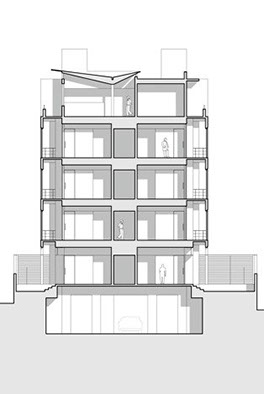 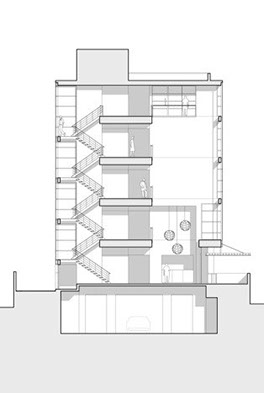 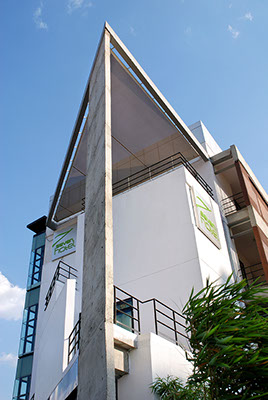 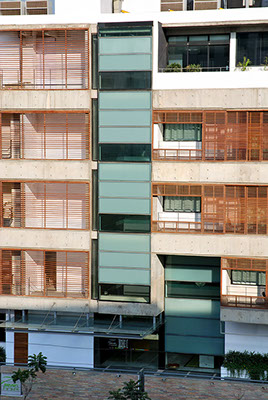 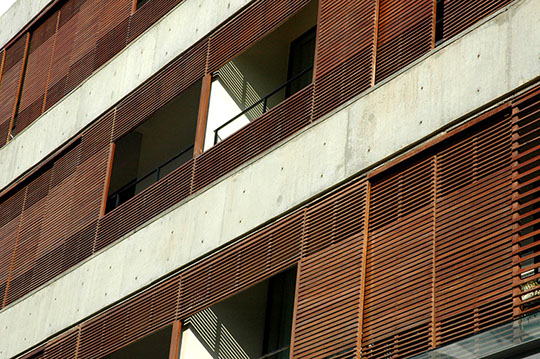 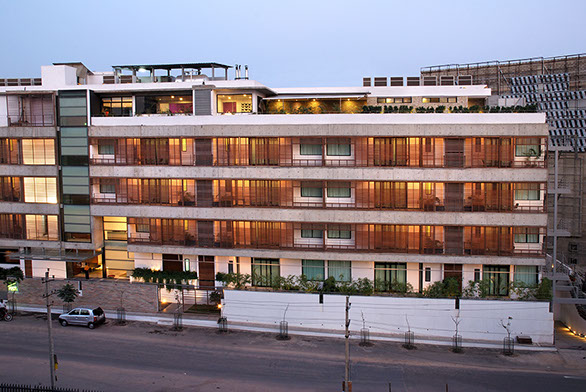 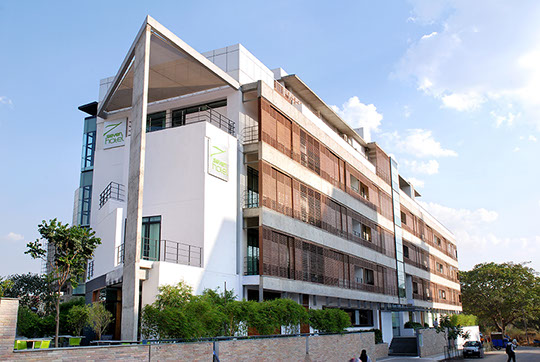 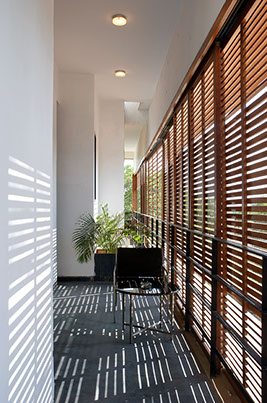 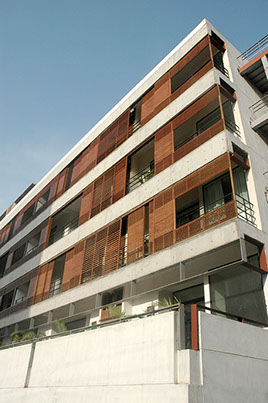 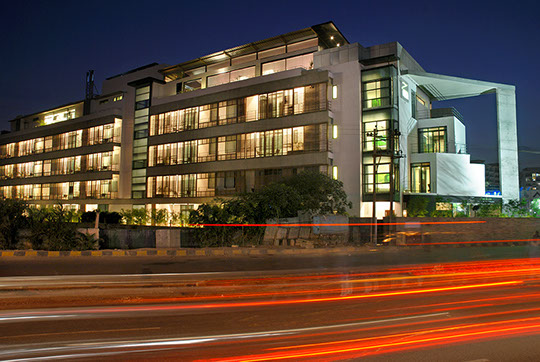 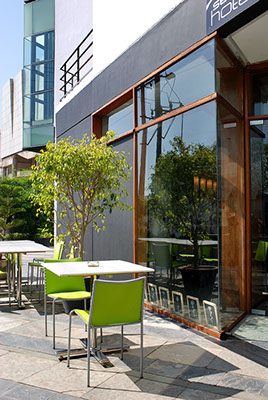 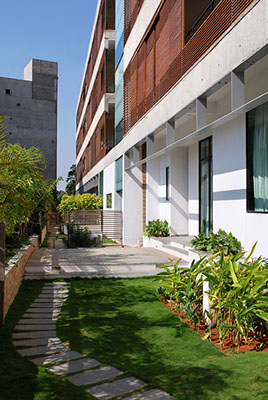 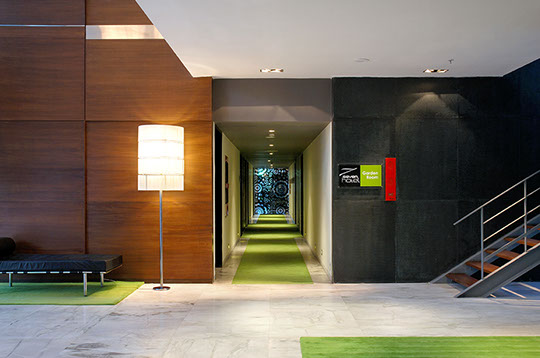 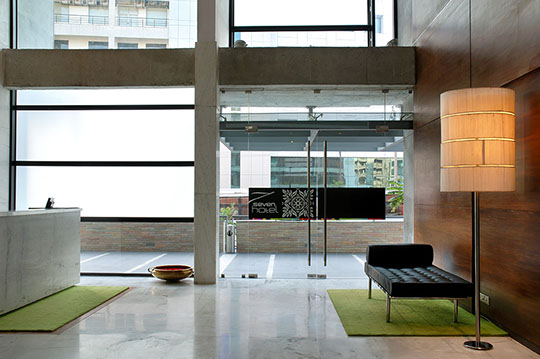 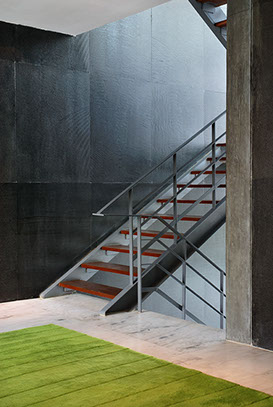 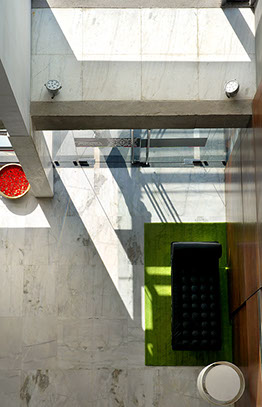 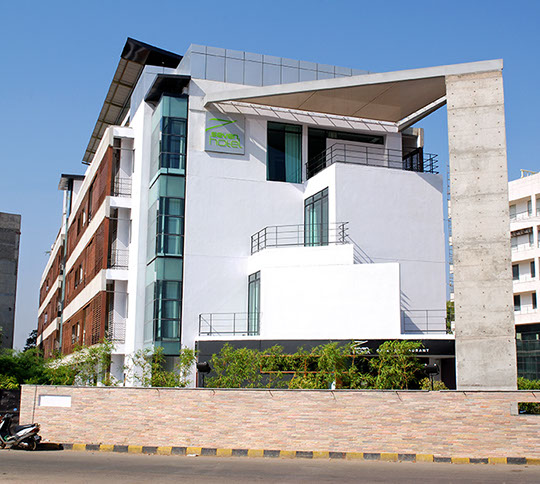