Situated in a large office building with large span structure we were keen to maintain a sense of this large expanse. The roof plane is largely uninterrupted by the meeting rooms and cabins seemingly going on for as far as the eye can see. The strip metal sheet false ceiling and lighting strategy accentuates this quality.

Situated under this large roof float a series of meeting rooms seen as particular objects in a field. 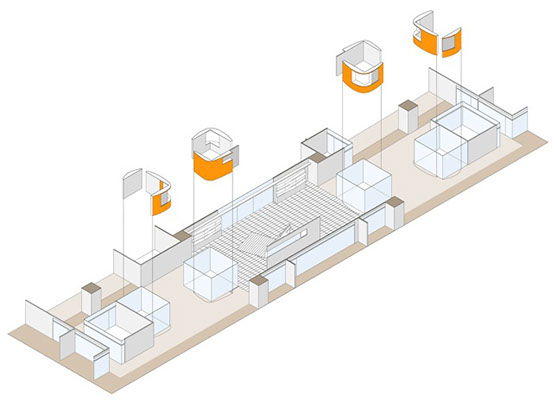 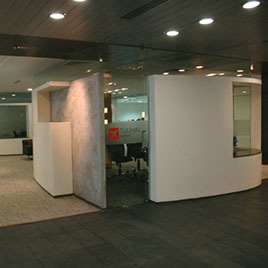 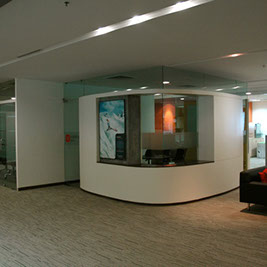 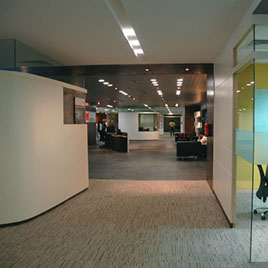 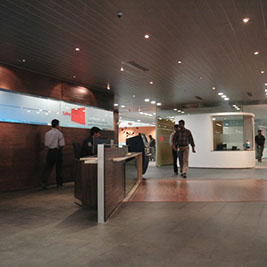