The workshop focused on the design of a small urban single-family home.

Our response to this 'call to arms' was two fold.

1. We were interested in thinking again about the way in which architectural design is produced - the rigorous investigation through observation and continuous drawing and model making. In two days we produced three distinct strategies by which to address the site conditions (accommodating the trees, responding to the scale, addressing the site and corner conditions, etc.). These strategies were investigated in detail through drawings and physical models. We consider this sustained process of drawing and making to be a crucial aspect of design work. Through drawing we understand the existing conditions and speculate on possible responses.

2. Though not developed sufficiently at the workshop, we suggested that rather than thinking about the specifics of the program and its social import it was probably more pertinent to consider the way we build today. Would it be possible to consider the program in terms of modular elements (a kit of parts) that could be assembled in various ways on various sites with a combination of fixed elements and 'knuckles' built at site to afford specific assemblies? We suggested either metal or bamboo framed structures with plywood or cement board in-fill panels. The single-sloped roofs were made using simple metal trusses with metal sheets (with insulation).

We consider both these aspects as being crucial in the way we address the question of what is next - a rigorous process and an appropriate construction methodology.

Our final proposal organized the program around the large Jackfruit tree at the centre of the site. The noisy Paliam Street on the south was screened off using a two storey high breezeway with a timber screened facade and vertical gardens. This breezeway served as a bridge between the two arms of the plan where the living spaces were housed. The ground floor had the living, dining and kitchen/utility in the eastern arm (catching the morning light) and a small study and the grandparents bedroom in the western arm. This part of the plan could be cordoned off so the grandparents have a private refuge within the plan. All rooms on the ground floor opened out to gardens in the setbacks and onto the central yard around the tree. On the first floor only the eastern arm had an upper level where the children and the parents bedrooms were. Based on this idea of modules, the plan could be read as three modular elements (the eastern arm, western arm and the breezeway) joined together with elements made at site to negotiate the site's specific conditions. 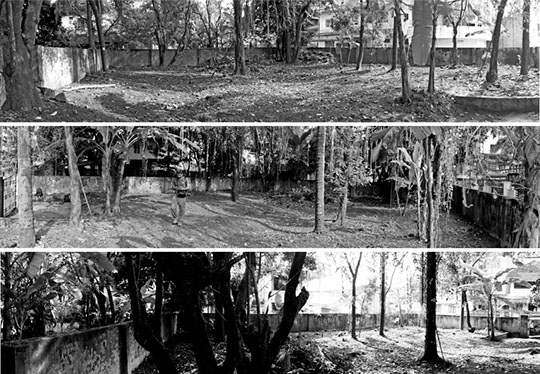 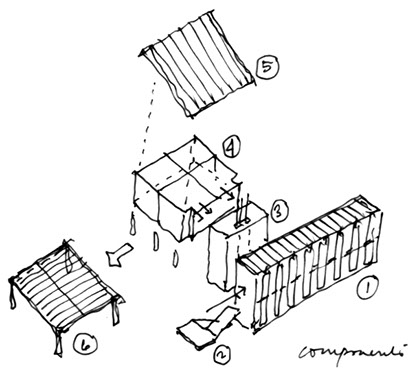 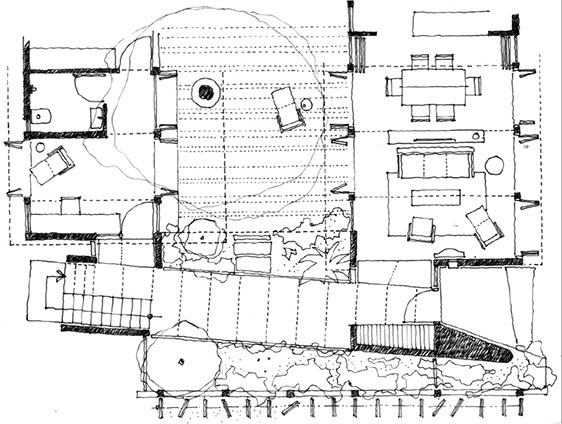 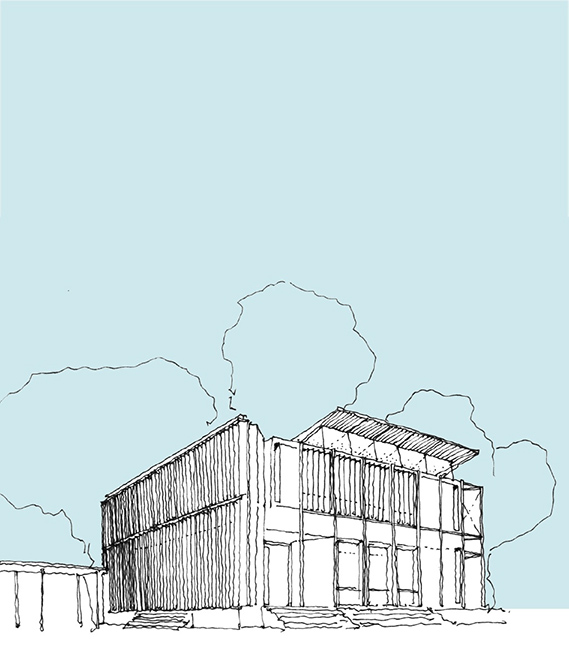 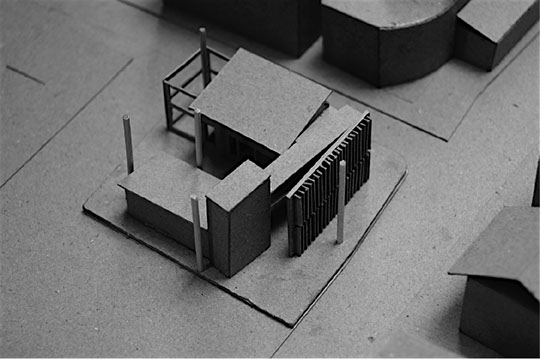 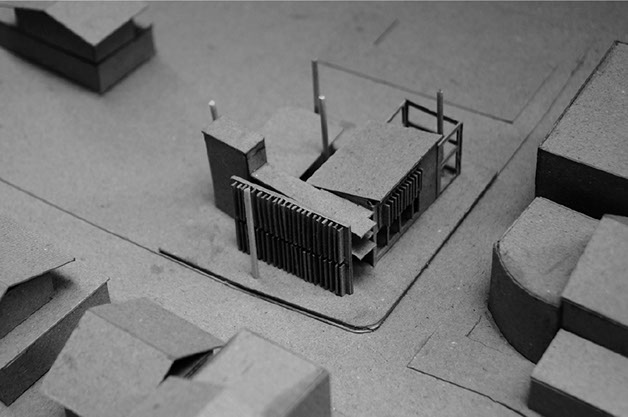