We have approached the addition of new facilities to the Bangalore Club as an opportunity to remake the way the existing buildings on the proposed site relate to one another and improve the nature of the public realm between them. We propose to keep the existing guest rooms and build additional facilities over and around these buildings.

The existing Heritage block will now house the main lobby for these rooms and a restaurant. We see these as glass volumes inserted into the structure of this building with a new timber screen on the south face and a large metal roof hovering over it.

On the east end of the property we have proposed all the parking below grade along with the three squash courts.  Some of the existing large trees have been retained and the roof of these facilities is seen as an undulating landscaped terrace with the pool and additional softscape.

Aesthetically our proposal refers back to the club using the motif of the arcade with the large overhanging roof. As a result of housing most of the new guest rooms above the existing buildings the supporting arcade creates a consistent face to these existing buildings and gives the open space a definition. 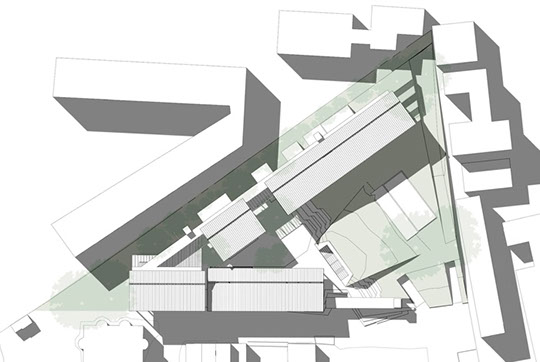 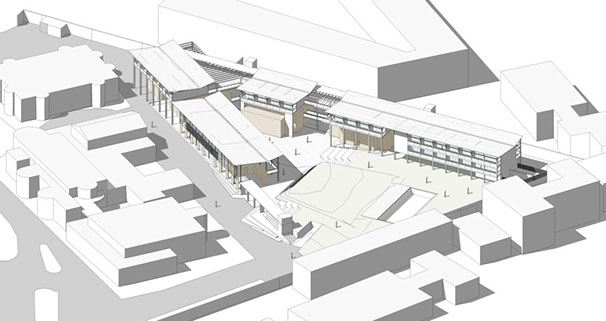 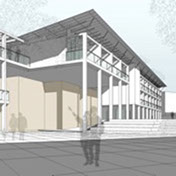 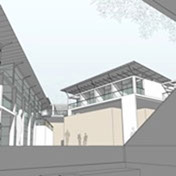 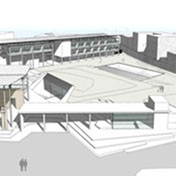