This is an additions/alterations project. The existing building is located in the heart of the city on Residency Road, one of the older, more commercial streets.

The building houses a hotel with a speciality restaurant and terrace lounge along with 70 rooms to be accommodated in two phases as the current tenants are phased out.

The critical aspects of the project are:

1. Externally, the resolution of the corner and the two sides, both of which are seen from the main road, and

2. Internally, the way to operate the hotel in spite of having limited access to the ground and first floors (due to existing tenants).

The proposal addresses both these aspects by shifting the main lobby of the hotel onto the second floor within a prominent double height enclosure on the street corner. The access to this lobby in the sky is via a set of elevators from a small bell-hop facility on the ground floor. This move immediately marks this important corner and bypasses the limited access.

In terms of a response to context, the proposal does not take cues from its immediate architectural fabric but attempts to sensitively address its critical urban location and the visual and spatial impact it will have on the street. The proportion of the facades, their composition, and the way the building meets the ground and the sky are critical. 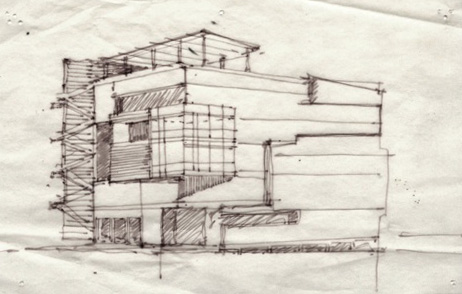 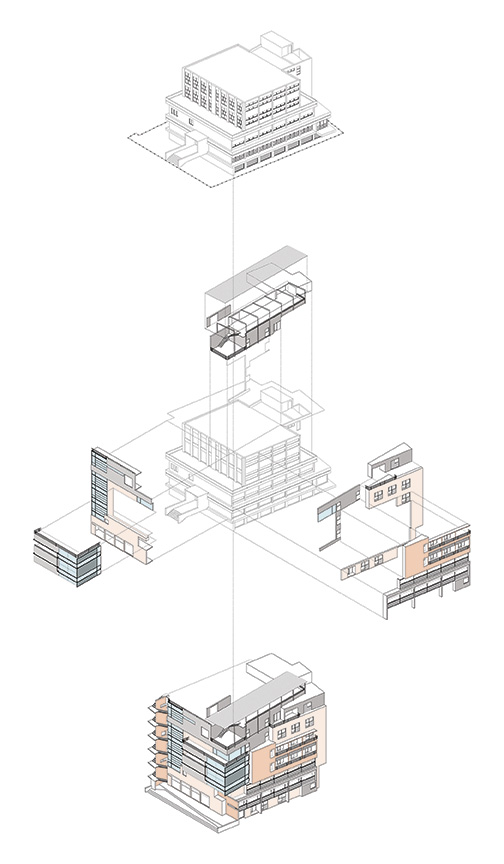 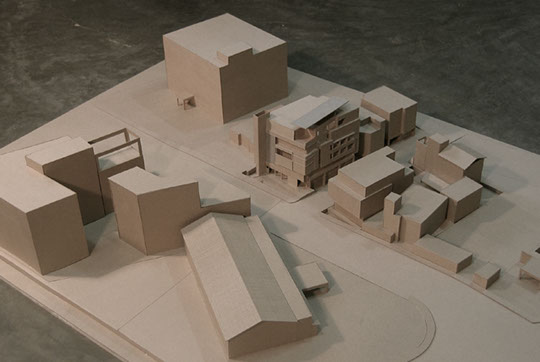 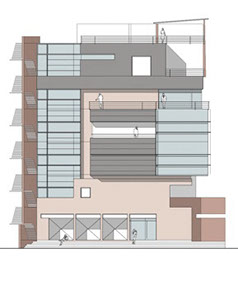 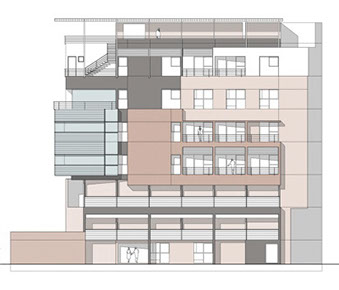